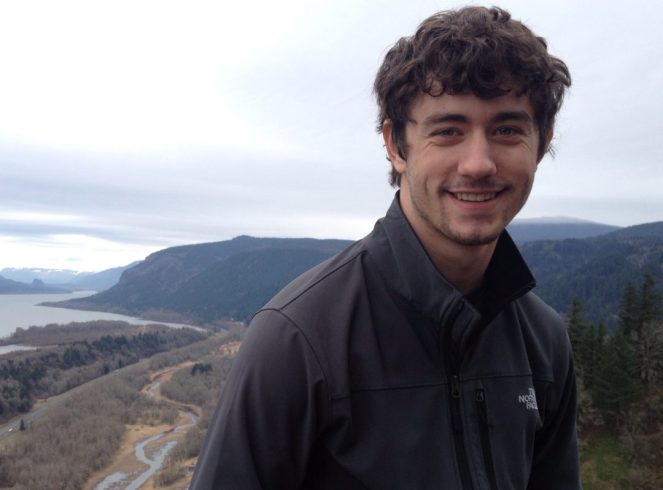 My name is Nathan Golovich. I am a fifth year physics graduate student at the University of California, Davis. I am the optical and spectroscopic observational expert of the Merging Cluster Collaboration. I work on modeling and data analysis of an ensemble of merging galaxy clusters.  My adviser is Professor David Wittman. Check out my CV.

This website is an eclectic mix of my professional, personal, and social interests. I keep an active blog on the front page. A rough overview of my research as a graduate student is outlined here. I have been a first author of two original journal articles, and I have contributed to six additional journal articles. A list is available here.

I will be graduating from UC Davis this summer and starting work at Lawrence Livermore National Laboratory (LLNL) as a post-doctoral scholar. A rough overview of my work at LLNL can be found here.

Before graduate school, I studied engineering physics at the University of Michigan in Ann Arbor, Michigan. I was one of just 18 students who graduated with this degree in 2012 at the University of Michigan. Engineering physics is a fringe major discipline that straddles a standard liberal arts and science version of a physics degree with an added emphasis of an engineering disciple of the student’s choosing. I chose to focus my engineering studies on plasma physics and fusion technology. I took senior level engineering lab in plasma physics, where we studied supersonic shocks, plasma instabilities, and plasma diagnostics in a diffuse vacuum chamber. I also studied nuclear physics and fission for energy generation. Engineering physics offered me all of the required background physics necessary to pursue graduate school in physics, but it added a layer of engineering and technical courses that most physics majors do not take. The cost was less breadth that a liberal arts and science degree at Michigan requires.

Before my undergraduate studies, I born and raised in the country near Charlevoix, Michigan, a small town on the coast of Lake Michigan. For those of you familiar with the Nick Adams Stories by Ernest Hemingway, the setting is very near where I grew up. I spent much of my childhood on my family’s farm roaming the property with my cousins.

Since I’ve moved to California, I’ve fallen in love with being in the mountains. I’ve hiked along the coast range’s Lost Coast, in the Klamath Range at Trinity Alps Wilderness, in the northern Sierras at Desolation Wilderness, in the central Sierras at Stanislaus National Forest and Yosemite National Park. I’ve also taken up surfing mostly at Pacifica State Beach, but also at San Francisco’s Ocean Beach.

I used to be an avid reader of 20th century fiction. Since 2010, physics took over my reading interest exclusively; however, I recently opened the first of the Mars Triology by Kim Stanley Robinson. Thanks to my friend Brian Lenardo for the recommendation!

My name is Nathan Golovich. You can call me Nate. Welcome to my site. Here you will find an assortment of items from my blog to my research. Speaking of research, here is my CV.